A positive month for Chrome

Prices of chrome have shot up in the past few weeks with Ferrochrome and Molybdenum prices all bouncing back from previous lows. Prices at the spot market indicate the value of chrome at approximately $1/lb. Cr contained in the local Chinese market and an almost similar pricing of $0.9/lb. Cr contained in the import market. Similar gains have been witnessed in the molybdenum market with the increase in demand from China and Europe.
Demand drives supply, and this could explain the recent gains that have been recorded in the Chrome spot market. The increase in demand for steel from China due to the construction and real estate boom has spurred a typical reaction by investors and manufacturers to increase prices when the demand supersedes supply. Most manufacturers are also taking stock to shield themselves from the uncertainty that might befall the market in the coming weeks or months. The correlation between the demand for steel and its production has been positive, with most of the manufacturers strengthening their production numbers following the maintenance outages that were carried out last year during the destocking period. According to Meta Bulletin Research (MBR), the Chinese stainless steel production has increased to about 2.15-2.2 million tonnes level in the period July-August, up from levels of 2 million tonnes recorded during the May-June period. The pace of Demand has surpassed the supply rate, and this has led to a rise in the Spot market. Prices recorded in the spot market have been positive so far, with highs of $1/lb. Cr contained. At the same time, higher prices have been recorded in the chrome ore market, at prices of $215/ton for South African ore and $320/ton for Turkish ore. These numbers are about $40-$50/ton higher than the prices recorded in the previous weeks.
As stated above, the supply of steel hasn’t kept pace with the demand, and this could be attributed to issues such as the environmental inspections and shutdowns that took place in Sichuan province China back in June and July. The shutdown slowed down the production process and therefore could have led to the gap between the demand and supply. Supply from South Africa also slowed down during the winter period, due to higher energy costs and controls that were implemented during this period. However, the production is expected to return to normalcy when winter ends in South Africa.

Prices of Nickel have soared to levels that were unfeasible few months ago, the prices hit the $12,000/ton mark, a clear indication of the demand for steel in the current market. The decline in the dollar in the recent past has led to an increased appetite for Nickel, due to the negative correlation always witnessed between the US dollar and metals.
The key drivers of the uptrend witnessed in the Nickel prices include; Speculative positioning, the Chinese stainless steel production and an underlying deficit in the nickel market. According to data from INSG, the nickel market has been under a supply deficit, with numbers such as 37,500 tons in the first half of 2017 and 44,500 tons in 2016. Such numbers point to an optimistic future for Nickel hence the bullish trend. Another key factor to the soaring prices is an increase in Chinese steel production, data from Custeel indicate a rebound in production at the rate of 11.3% year on year and 5% month on month. Optimism in the Chinese local market and the boom in the construction industry are further indicators that Steel and its constituent products such as Nickel could be headed for a bullish run. Speculators are also driving the price of Nickel higher after reports that most of the Funds on the LME nickel market were negative. Speculators are therefore betting on long positions to cover the short positions hence driving the price of Nickel higher. The situation in the Philippines is also acting as a catalyst to the market, the new environment secretary Roy Cimatu has maintained a stance on mine closures and imposing a ban on open pit mining. The current President Rodrigo Duterte has also mentioned about export bans, and all this have led to an increase in demand for Nickel due to the uncertainty of the future.

The Indonesian government has issued export permits for close to 8 million tons of nickel ore, and more permits may be issued in the near future. Supply from Indonesia and other suppliers such as New Caledonia and Guatemala may act as a relief to Chinese NPI producers in the event of a failure from the Philippines.

The rise in steel prices has equally led to an increase in the prices of stainless steel scrap, with merchants taking advantage to cash in on the uptrend.
The increase in demand for Chinese steel has led to an increase in the prices of steel raw materials such as chrome, nickel, and stainless steel scrap. This is majorly due to the activities in the construction industry, and a rebound from the bearish trend that was witnessed in 2016. The European and the US steel manufacturers are also back into the market for raw materials, and this has further led to an increase in prices.
The steel market is poised for a greater year in 2017, in as much as there are predictions of a reversal. The Chinese market is going to be the key driver of this market, and as long as the economy stays afloat, the steel market is going to perform positively. 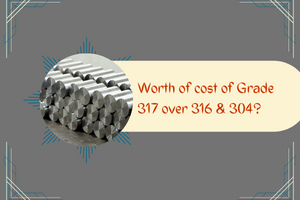 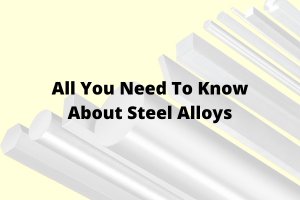 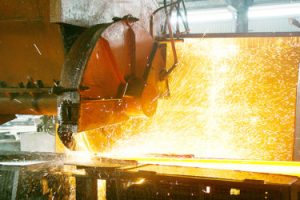